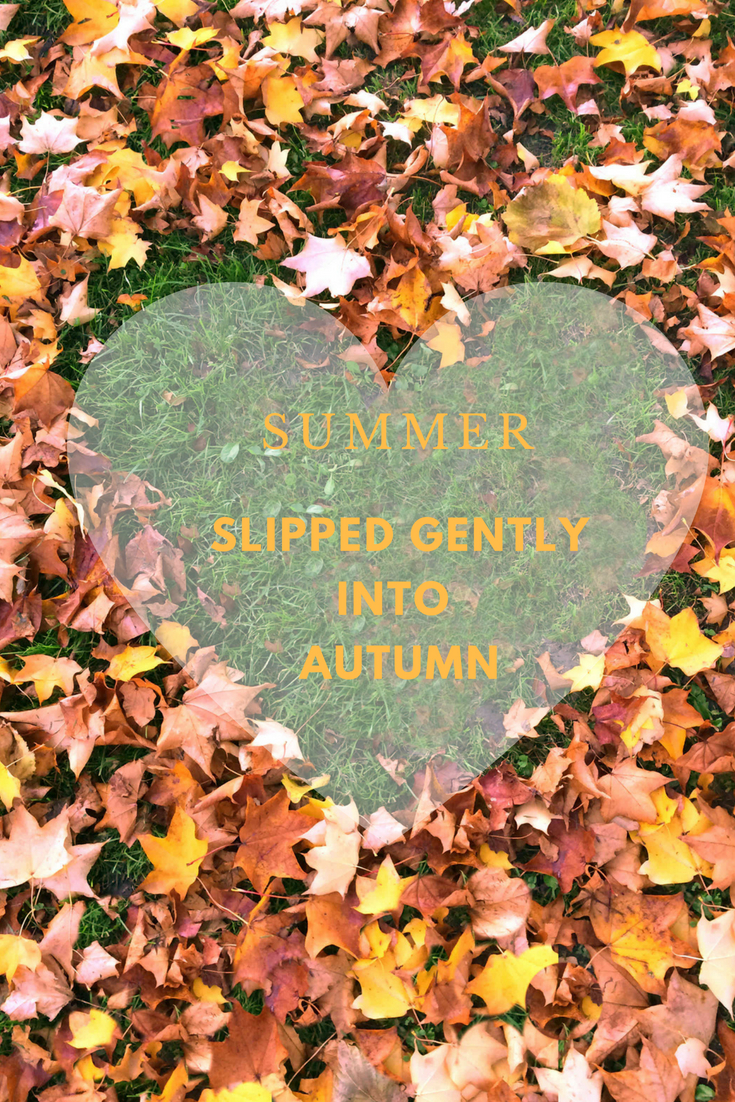 I don’t know about you, but September is a reflective time for me. Our modern lives of electricity makes dark evenings bright and stocked supermarket shelves make the concept of harvest bizarre,  seasons and the rhythms of nature a distant irrelevant echo of the past.

Yet, there is a value in connecting with the changing seasons –  without these feasts and marking of change, every day ends up being a bland unremarkable section of time – and we begin to wonder where the days, months or years have gone.

In order to separate time,  our brains need to put down markers and it only does that when we step beyond the routine or automatic functioning.  It is why, as adults, time seems to slip by un-noticed and yet as children it seemed to last forever – our childhood memories are filled with seasons and celebrations, long summer holidays, Birthday celebrations and Christmases.

We need to fill our adult lives with variety and celebration,  the difficulty is that our culture has so few celebrations. In the Christian tradition the celebration of St Michael falls late in September and gives us Michelmas – but like all things Christian they created many festivals on those of older faiths but they all seem to share this theme for taking stock, giving thanks and preparing for winter.

Haust is the Old Norse word for Autumn or Fall, a time for giving thanks for the year’s harvest as well as bidding farewell to the long days and warmth of the Summer and welcoming the long nights of the Winter. At this time of the year the daylight and darkness are in balance once again before the dark takes over, so this is a transition point to reflect on what has been accomplished and what is yet to come.

We are looking forward to celebrating at an Autumn festival later this month, at an Ancient Farm in the Meon Valley. I think it should offer the best opportunity to feel connected with the past and enjoy a feast with others.

In the last few years, September has seen the trees hold on to their green leaves well into October, so change is gradual.  I have seen a lot of blackberries ripe for picking – it has always been a delightful pleasure – but I haven’t been able to this year because my foot is still healing.

We have spent a couple of cosy evenings watching flames flicker from our little fire, turning on lights a little earlier each day, Autumn is meekly creeping into our lives.

This time offers a gentle releasing of all things external,  outdoor adventures to retreat into the cosiness of home. An invitation to reflect and assess what is needed and what is no longer serving us – winter is coming. 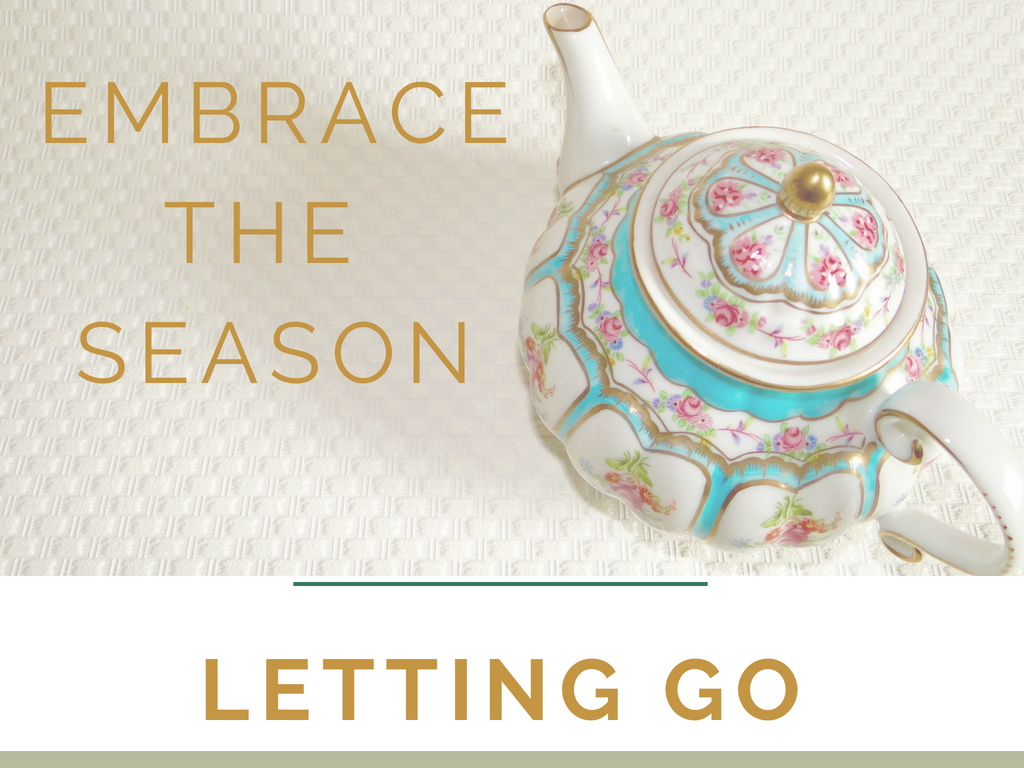 Spring and Autumn are times of transition – both come with a sense of change in the air that inspires me to re-evaluate my nest. I have found myself dealing into drawers and wardrobes – nooks and crannies. A good few trips to the dump has worked wonders.

Change invites creativity, I am planning some new decorations for our little twinkly tree – it has been the only light on the last few evenings, sitting under the glow as the darkness descends – it feels magical.

Autumn is a time for hygge, warm blankets to snuggle around me during the long evenings – recipes that call for more comfort  – stews and soups, apples and spices, books to be read on rainy afternoons – but before that can begin – I need to clear space.

Spring fever has begun… why isn’t there a Autumn fever?

I have been interested in the concept of minimalism for some time now.  I have been enjoying reading a wide range of bloggers on the subject, made easier by using the iPad app. (it is wonderful, I can’t believe I hadn’t used it before!) 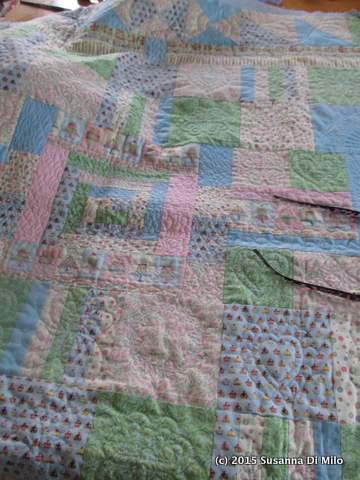 When we moved last year, I was shocked at the huge quantity of craft materials I had accumulated over the years. It is surprising how much I had squirrelled away in nooks and crannies, but when I finally got a large studio space in which to set it all out, the room was soon full to overflowing. It did connect me with a lot of UFOS, one of which was this quilt above. I resolved not to buy any more fabric until some of these things were used or finished. It was quite satisfying, because this quilt took no more than a few hours to complete, it was the same for many other little projects.

We live in a very sought after area, it had taken us 18 months to find a property having had many struggles and blips in the process – but despite taking a lease for 2-3 years, we discovered that the landlord wanted to raise the rent by nearly £500 per month! without much notice… in fact the new agreement was overdue. We decided to look elsewhere and found the most delightful house and organised to pack up and move. I don’t know if any of you rent, but Agents give you days not weeks to move!

So, the moving day arrived, I headed to work as Scott was arranging the removal with a local company – imagine what a shock it was to discover that the new Landlord had taken a dislike to the fact we were self employed and had decided, at the 11th hour, not to let the property at all…..!

All our stuff went into storage… we checked into a nearby hotel and suddenly the concept of minimalism became a big reality. We ended up having to buy underwear and a few items of clothing in order to get through the next few days! We faced a choice, either move back into my flat or go house hunting again … at the time I was due to go to the hospital to investigate the lump in my breast so I decided that it was best to return to the flat and have a bit of stability for a while.

It  has been an interesting lesson – shockingly all our stuff required three storage units – and many of the boxes had not even been unpacked in a year! We decided to spend just one afternoon sorting through and bringing ‘essentials’ to the flat.

It was fascinating to see what I missed and what we deemed essential.

Initially furniture to sit on! We had one armchair and a rocking chair, (which was not very comfortable at all!) so it was an absolute pleasure to see the return of my sofa bed. It was bliss to see the washing machine and tumble dryer!

My clothes were a sight for sore eyes! Although only about a third of them came back to the flat with me – the flat is a quarter of the size of the house!

So over the last few months there has been a bit of a mantra.. oh that is in storage!

For example, I thought I would make a shepherd’s pie and was almost finished before I realised I hadn’t a pyrex dish to put it in. Or I decided to do baking one day, but it was impossible without scales! We have been rather lucky to find these things in charity shops, but it has been an interesting few months.

Mostly it is my sewing tools that I find I miss – my cutting grid, or my rotary cutter! We were going to friends for Christmas this year, so I decided to make my own crackers – including felt hats.. which all had to be hand stitched as I did not have my glue gun!

I miss our large tea pot, the Christmas Decorations, my essential oils, the sellotape dispenser!

I did not realise either, just how much I miss my books, in the end I bought another copy of Sarah Ban Breathnach’s Romancing the Ordinary, because I could not bear to be without it.

It has been a sifting exercise, a reality check – and it has surprised me at times what I missed and what I didn’t.

What is clear to me, is how blessed I really am and how many things in life might not be essential – but they are small things that make life pleasurable.

What do you think you couldn’t live without? 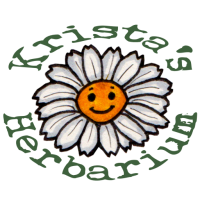 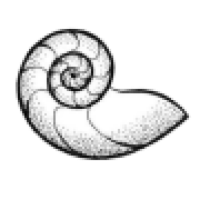 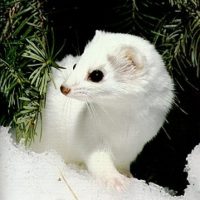 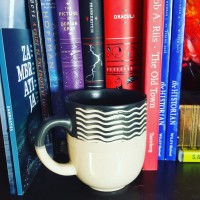 Cups and Cards and Books

Cups and Cards and Books