The spattering of rain on the window, the crackle of a warm fire and the heavenly scent of spice and cinnamon wafting from the kitchen – warm blankets, cosy sofa and a good book! Welcome winter.

As you can see from the picture above -I have been playing with autumn leaves and crab apples, aren’t they delightful? Almost like fairy sized fruit! 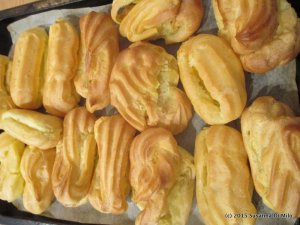 I love the swirly shapes made by the fluted tube

They hold much more chocolate! All ready for a lovely girlie afternoon.

(migraines are not tolerant of synthetic aromas)

I have been bubbling cinnamon, mixed spice and apple on the warming plate (a crock pot is just as good)

The whole house is scented with warm spice and loveliness. 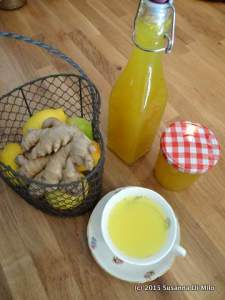 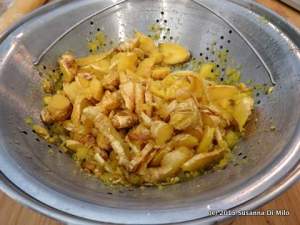 Winter is a time we need resistance to bugs, coughs and colds and a very dear friend is in need of pepping up so I thought I would make some ginger cordial. Ginger and Turmeric are great antivirals so the cordial should hopefully help the body fight off infections. You simply slice a large cupful of ginger (you don’t even need to peel it) add a teaspoon of turmeric, two cupfuls of sugar, zest and juice of two lemons and cover with water. Bring to boil and simmer gently until it thickens approx 20 minutes. Strain the ginger and decant into bottles and store in the fridge. You can either drink with carbonated water, or warmed by adding hot water. It will keep for a month or you can freeze it into ice cubes.

My friend P and I have been meeting regularly following this delightful course by Sarah Ban Breathnach, it is such a pleasure to take time out for self reflection; made more effective by discussing the chapters together with a kind friend. We are studying a chapter all about promises we make to ourselves (I love it when a lesson comes twice from different sources). Reflecting on how we allocate time and making a more conscious choice – the chapter ends with a lesson in listening to your intuition and being guided by it. I am really enjoying this journey and will be continuing throughout November. 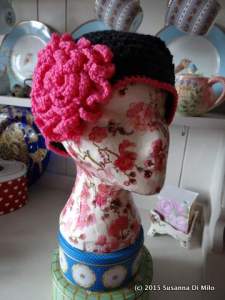 Which brings me nicely onto my crochet failure! LOL I challenged myself in October to make something from a pattern – for some reason I really can’t follow patterns. I think it is partly to do with fear and partly to do with wanting to simply stitch without having to concentrate. So it all started well – the flower was delightful and I was thrilled to have learned a different way to make flowers. But… I started the hat.. and to be honest it was a skullcap style that I was a little dubious about anyway.. by the second round I had too many stitches.. I re-read the instructions .. tried again.. but it didn’t work.. I needed an extra two stitches to close the circle.. by the third time I just ignored the pattern and did my own thing..(I was following my intuition!) Thus the slouchy cloche was created! 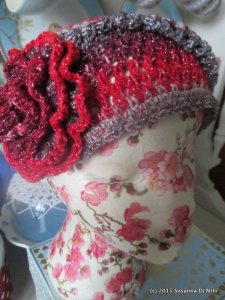 It was much admired – hints were dropped about being a wonderful Christmas present so here is a sparkly version – for my sparkly friend B! I shall be making at least another three in order to keep up with the not so vague hints from admiring friends!

I will be posting the pattern on my other blog, if you fancy making your own.

These pictures don’t really do it justice – the head is a good three inches smaller in diameter than my own head! but it illustrates the point! 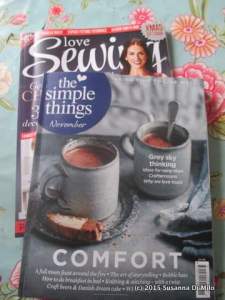 My November reading popped through the post – I adore Simple Things – there are so many wonderful ideas and inspiration that it is like a breath of fresh air. Talking of which, I have made weekends more of a computer free zone: while I adore browsing Pinterest I have discovered that I get over stimulated which shuts down my creativity completely. I am learning the joy of ‘white space’ in terms of peace and silence of just being. Or the delights of dog walking and collecting leaves.

It has been a long time since I had to queue outside a cinema – our local Picturedrome was full to bursting! What a great film, I really think they are getting better and better. Awesome performance from Daniel Craig, I hope it won’t be his last! 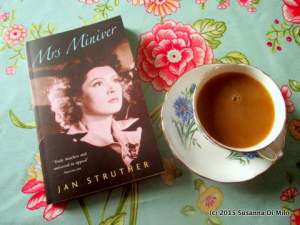 Having read marvellous reviews on Good reads I thought I would read Mrs Miniver. I am a real old movie fan and watched the film a few months ago – it was complete propaganda with the intention of convincing the Americans to join the war. It was very typical Hollywood style – her home is enormous and not English at all – she has a dressing room that will be the envy of a lady saint, but even I began to sigh reproachfully as the film reached it’s conclusion. After seeing the film I would never have picked up the book – but the Goodreads reviews were so convincing – I gave it another chance. After all there have been many books spoiled by terrible films.

I have peeked a the first pages:

it was lovely, this settling down, taking up the tread of one’s life where the holidays, (irrelevant interlude) had made one drop it. Not that she didn’t enjoy the holidays, but she always felt – and it was perhaps the measure of her peculiar happiness – a little relieved when they were over. Her normal life pleased her so well that she was half afraid to step out of its frame in case one day she should find herself unable to get back.

I can relate entirely – while I love travelling but there is no place like home. I can’t wait to sit down all cosy this afternoon – hopefully the rain will continue to patter its little rhythm while I read.. there is so much joy in simple things don’t you agree?

Hope your weekend was full of colourful cosiness 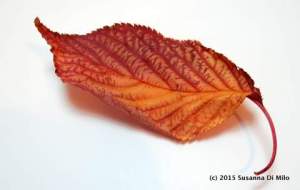 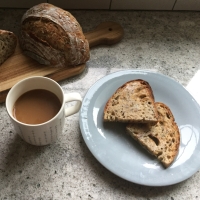 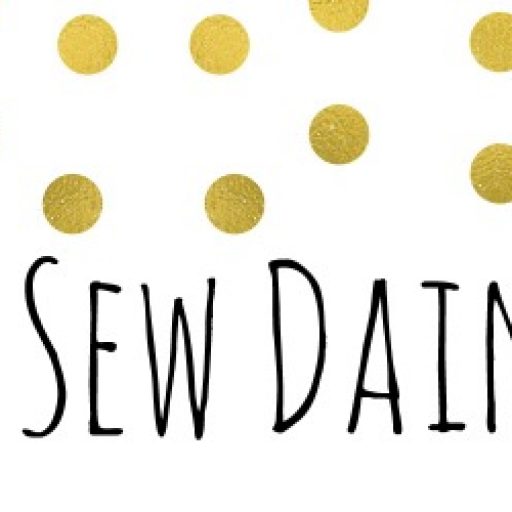 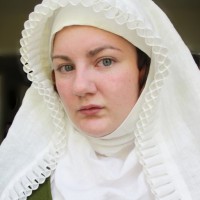 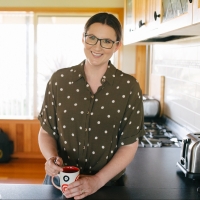